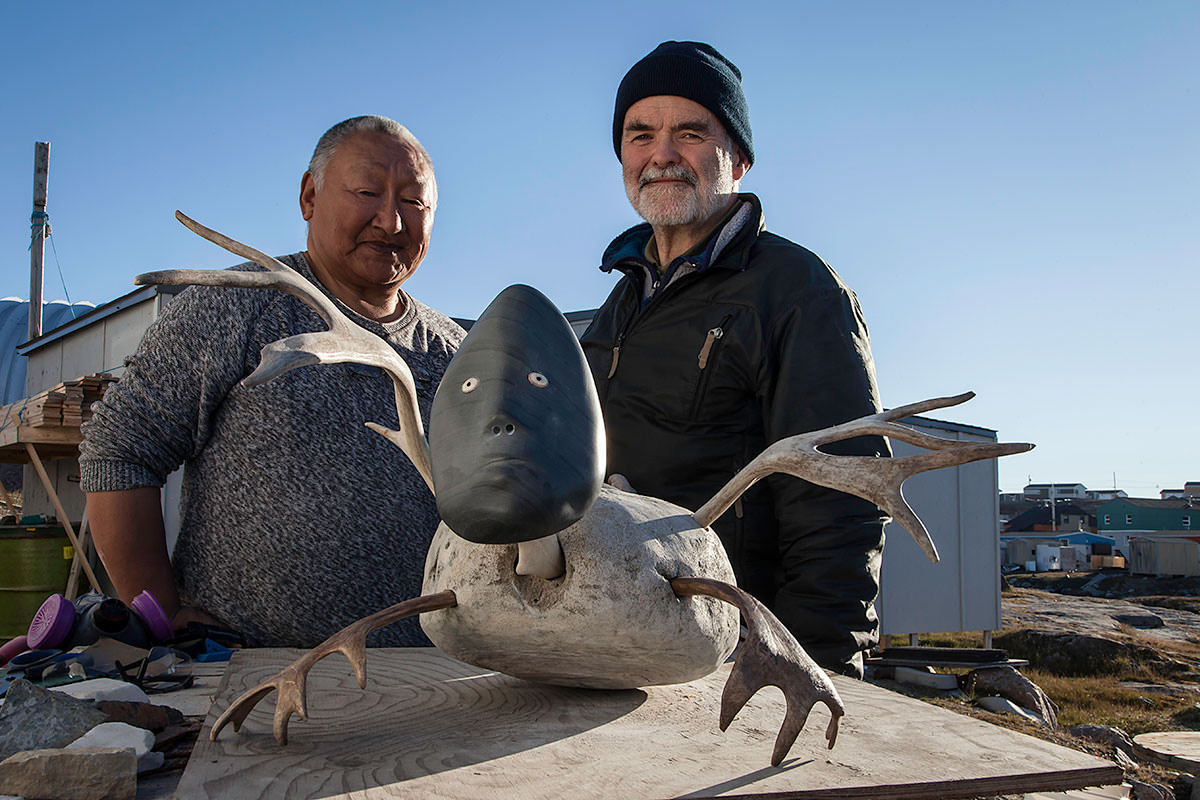 As usual, John Houston is busy telling the stories of the north and its people.

Among his recent projects: The film “Atautsikut/Leaving None Behind” and a series of “webisodes.”

The film celebrates the 50th anniversary of the Federation of Co-operatives of Northern Quebec. In it, the Inuit and Cree of Nunavik fill the gaps in Canadian history for their fellow Nunavimmiut and Southern neighbors.

The webisodes include a 15-minute episode that follows Mattiusi Iyaituk creating a “Flying Shaman” sculpture over the course of three days.

The Montreal Museum of Fine Arts recently acquired “Flying Shaman.” The webisode will be shown at the museum alongside the sculpture.

Houston hopes that this example of end-to-end filmed documentation of the creation of a work of art is just the first of many.