This 1981 carving by Eli Sallualu Qinuajua from Puvirnituq will be on exhibit at the 2017 IAS annual meeting in Corning, New York.

In 1967, our conference guest, Nelson Graeburn, sponsored a contest for artists throughout the arctic to create highly imaginative works that allowed their imaginations “free rein.” The artist who created this work won that contest. That act by Nelson Graeburn set in motion an entire aesthetic genre of “surrealistic” works, whose original source reached back into the pre-Christian world of the shaman and spirits. The presence of the eye and other disjointed body parts are symbols of the shaman’s journey. 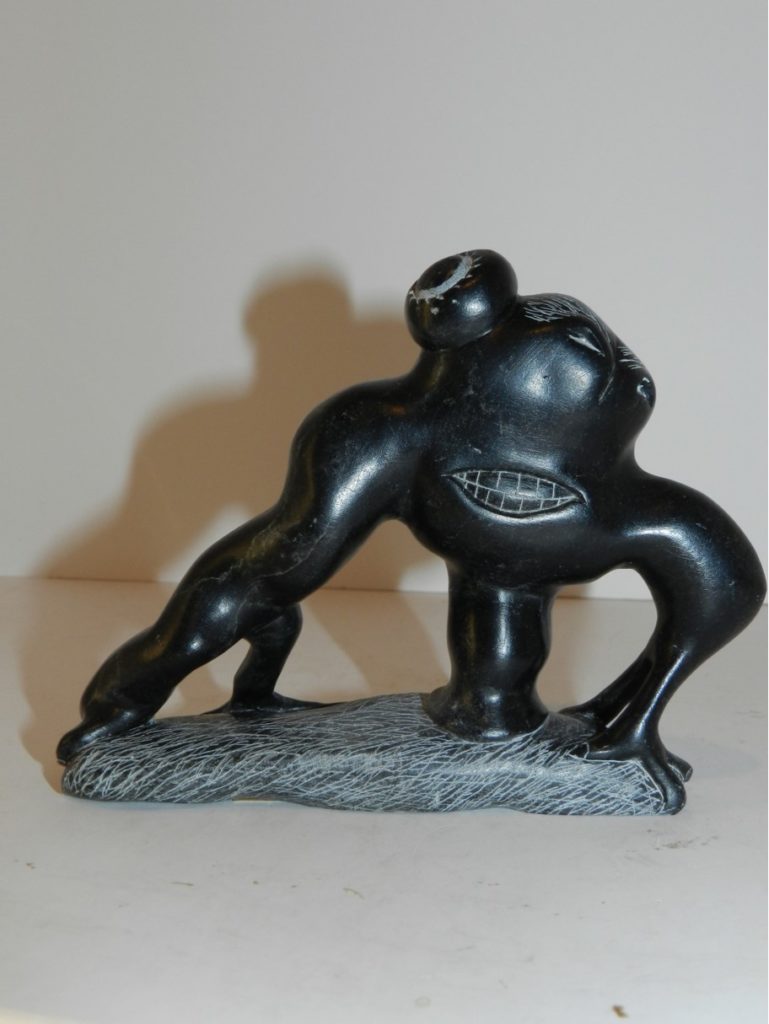 This is just one of the pieces from the collections of society members Michael Foor-Pessin and Drs Laurence and Katherine Jacobs that will be on display at this year’s meeting.

The 2021 Annual Meeting of the Inuit Art Society will be held in Vancouver, Canada.