(Our thanks to board members Marie McCosh for her summary of the annual meeting.)

The conference opened Friday with registration check-in with time to visit the Marketplace where there were three separate tables set up. Eliot Waldman (Native Art Traders) had a wonderful selection of Inuit art. Tony Weyiouanna, Sr., had a varied selection of arts and crafts that he and his wife brought with them from Shishmaref, Alaska. And Sheila Romalis had a few items she was selling from her brother’s estate as well as materials promoting her upcoming trip to east Greenland in the summer of 2014.

Friday evening we all gathered at the Mitchell Museum of the American Indian in Evanston. Lou Jungheim, President, welcomed everyone and officially opened the conference.

Leslie Boyd Ryan on her experiences with the Cape Dorset printmakers 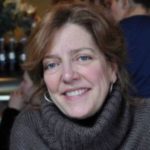 She included slides of their works and pictures of them. She spoke of her experiences knowing and working with them as well as of their art. It was a very interesting and personal account of two great artists.

Following Leslie’s presentation we had a dessert reception and a chance to look at the Mitchell Museum’s collections.

Tony Weyiouanna on the plight of Shishmaref, Alaska

Saturday morning Tony Weyiouanna, Sr., an Inupiat artist from Shishmaref, Alaska, gave a presentation, “A Cry for Help in the Snow.” Shishmaref is a community of about 600 people on a barrier island off the Seward Peninsula.

Tony described the plight that Shishmaref faces – large amounts of erosion with every storm, temperatures rising, permafrost melting. In 1997 they lost 125 feet of beach in one single storm. They have put in some barriers to try to slow down the erosion. However, ultimately the village of Shishmaref will have to be relocated. Tony is working on a Strategic Plan for Relocation. They are trying to get state and federal help. The estimate is that it will cost $180 million to move the community. The island has no fresh water. Snow catch and harvesting ice provide the drinking water for the community. The proposed site for the new community is about 4 miles inland.

Charles Shabica on planning for the future along the coast

The next speaker was Charles W. Shabica, emeritus Professor of Environmental Science and President of Shabica and Associates, a coastal consulting firm that specializes in the design and engineering of sustainable beaches, wetlands, ravines, and harbors. He gave a very interesting and insightful presentation, “Coping with the Coast – Risks and Benefits of Living on the Edge.”

Twenty-five percent of the world’s barrier islands are in the Arctic Ocean. As the sea level rises, they are all in danger. However, many of them are not inhabited. He emphasized the necessity of having a plan. And he stressed the importance of writing down the plan. He praised Tony and his community because they have a plan. He also said that any plan is constantly in flux.

Tony Weyiouanna on art and tradition

Tony then returned to discuss “Shishmaref Native Art – A Tradition to Continue.” Tony was an art major when he was in college. He used to barter art at the community store for food. Shishmaref is not a whaling community, so he scavenged the beach looking for bones. He gave a very interesting talk and slide show of his work and that of other artists in his community. He discussed labrets, little insets below the mouth depicted on many pieces. They indicate wealth. Someone without a labret is “not so good.” Someone with one labret is “a pretty good hunter,” and someone with two is “a good hunter and maybe has two wives.” He stressed that life on Shishmaref is a subsistence existence. They have bearded seal and some walrus, but no whale. They must buy or trade for large bones for carving.

After lunch Tony introduced the 2008 documentary film The Last Days of Shishmaref, which was then shown. It is a well-done portrayal of life on Shishmaref, taking the viewer inside homes and the lives (eating, hunting, games, etc.) of the Inupiat living there.

Following the film and a short break the IAS held its annual Business Meeting, introducing our new and reelected board members and discussing a variety of organizational matters.

In the evening there was a reception for members and guest speakers, followed by a delicious dinner, all at the Doubletree Hilton in Skokie.

Donald Jacobs on his collection and the Allen Center

Sunday morning we all went to the Allen Center at Northwestern University in Evanston, Illinois. There we were greeted by Donald P. Jacobs, Dean Emeritus of the Kellogg School of Management at Northwestern. He told the story of how he strongly believed in lifelong learning and designed the Allen Center for continuing management education. And since he spent more time there than he did at home it made sense to him to have his Inuit art collection housed at the Allen Center.

Norman Zepp on changes in Inuit art over time

Norman Zepp, from Saskatoon, Saskatchewan, then spoke about “Inuit Art – Then and Now.” He described the role of art in contemporary Inuit culture. He stated that the Inuit are a traditional people, although they are no longer tied to the land. They deal with social issues, political issues, alienation and disconnect in their art. He also spoke about how the materials that were available influenced the type or style of art that was created. For example, the minimalist style of carving in Baker Lake reflects that the stone used is very hard, unlike the serpentine or soapstone used in other communities. As the environment or exposure to new influences changes, the subject of the art also changes. One can now find snowmobiles or televisions as the subject of prints or sculptures. Norman said that although all art is made to sell, the Inuit are very proud of their art. 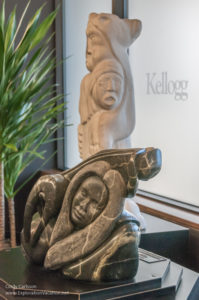 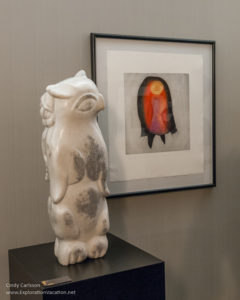 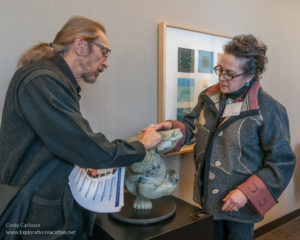 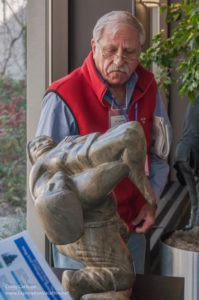 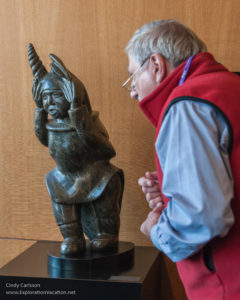 This was the conclusion of the 2013 annual meeting. 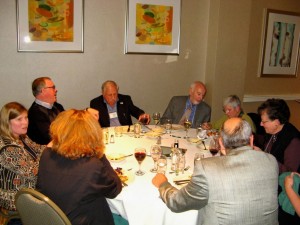 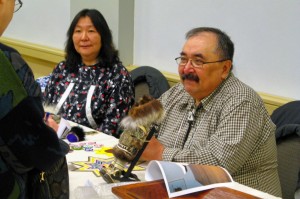 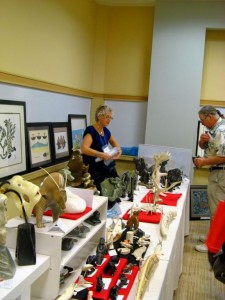